New energy efficient buildings aren't enough, experts say — we have to retrofit the old ones, too

The Canada Green Building Conference is taking place in Vancouver this week, and a major portion of the program will be pushing the need to retrofit older buildings to reduce their carbon footprint.

Thomas Mueller, president and CEO of the Canada Green Building Council, says buildings contribute about 30 percent of the country's greenhouse gas emissions — mostly because of their heating, lighting, and cooling systems.

Cities like Vancouver have taken the lead in constructing low-emission buildings. But Mueller says new buildings alone won't be enough for Canada to reach its targets to reduce greenhouse gases.

"We can't build our way out of it," Mueller said in a phone interview ahead of the conference.

Green development advocates like Mueller say the building sector may be one of the biggest contributors of greenhouse gas emissions in the country, but it also has "tremendous opportunity" to affect change.

"It's the only sector in our economy where we actually have a financial benefit by doing the right thing," he said. 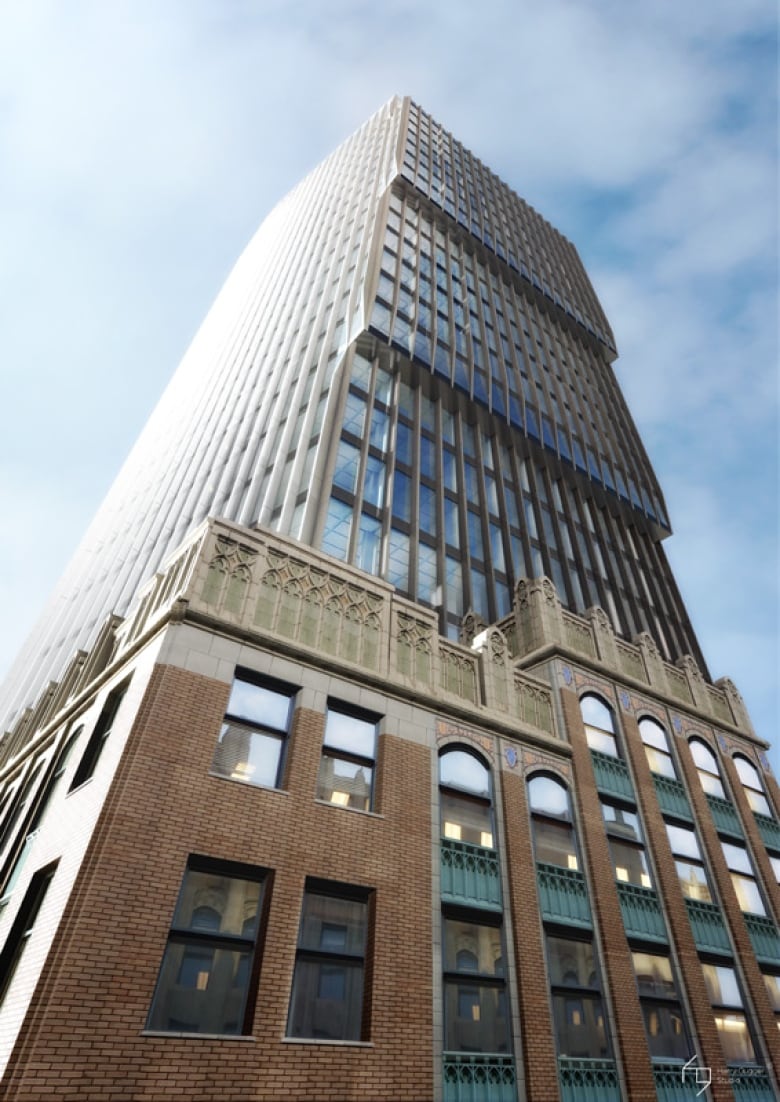 There are about 250,000 large buildings in Canada, Mueller says.

They can also go through a "deep retrofit," which essentially means gutting most of the building.

That was the case with Vancouver's new hotel, The Exchange. The building, the original Vancouver Stock Exchange, was constructed at the beginning of the 20th century. It's now waiting on LEED Platinum certification — the highest efficiency rating for green buildings.

Gordon McDonald was the principal engineer on the Exchange project, and will be attending the conference next week.

McDonald says keeping the building's exterior facade was worth the effort because there are so few old buildings in a young city like Vancouver — but what remained of the structure posed some challenges for making it more efficient.

Thick columns and beams made it difficult to run services like heat and hot water through them. Still, he says deep retrofits are worthwhile.

"Everybody's aware of the global warming issue and the fact that we have to use less energy," he said.

"It's something that we all have to do."

The Green Building Council's Mueller says either type of retrofit is worth it in the long-term, especially for commercial and institutional buildings that can see deep savings in return for their investment.

Joanne Perdue, the University of Calgary's associate vice president for sustainability, says her institution has reduced its greenhouse gas emissions by 30 percent since 2010 — despite a growing campus.

Perdue says that reduction has brought with it $4.8 million in annual savings.

The university has almost finished the first phase of retrofitting its McKimmie building complex, with construction of a 15-story tower nearing completion and says it anticipates it will be ready for occupancy this summer.

Perdue says projects of that magnitude, which cost $290 million, don't come up often. But saving some of the original structure can save time, money and carbon-heavy resources.

"You have to think outside of the box about how to approach these projects," she said.

But while the building council has had success with commercial and institutional developers, Mueller says it's still struggling to convince residential developers of the value of green building standards.

Mueller says certifications like LEED often have more up-front costs, but residential developers are hesitant to take them on because they don't reap the long-term savings that come with them.

"It's about the economic model," he said. "That's been an ongoing problem."

The City of Vancouver has started to regulate building efficiency in the residential sector, Mueller says. And he hopes the province will follow suit.