The International Code Council (ICC) code hearings were held the first week of May in Albuquerque to determine which of the proposed code amendments will be considered for adoption in the 2021 model building code. Southwest Energy Efficiency Project’s (SWEEP) proposal to add electric vehicle (EV)-ready infrastructure requirements to the code was approved by the commercial International Energy Conservation Code (IECC) committee.

The proposed code will require new commercial and high-rise residential buildings to facilitate the easy and low-cost installation of future electric vehicle charging. The electric vehicle market is expanding quickly and from 2017 to 2018, EV sales in the US grew by over 80%. Yet the lack of access to charging infrastructure continues to be a critical barrier to EV adoption. 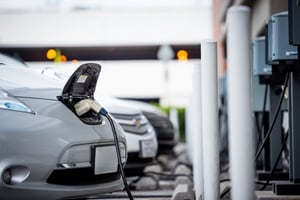 The committee’s approval is a positive first step toward adoption of EV capabilities in the IECC. The code must also pass the governmental consensus process later this year before it is formally adopted into the IECC. SWEEP partnered with New Building Institute, Edison Electric Institute, and Alliance to Save Energy to develop the code proposal. A similar proposal was submitted for new residential buildings, but was not approved by the Residential IECC committee.

A broad and diverse mix of 68 stakeholders supported the proposal through a letter of support which was distributed at the committee hearings. The stakeholders included consumer groups, automakers, EV charging companies, environmental organizations, electric utilities, clean energy companies, and public health and science advocates that strongly support EV adoption and improved building codes.

Part of this article was originally published in a SWEEP press release.