A growing number of states are adopting ambitious clean energy goals, aiming to zero out emissions in the power sector and, in some cases, the statewide economy.

In the past year, legislatures in California, Colorado, Maine, Nevada, New Mexico, New York, Puerto Rico, and Washington have all passed bills aimed at making their state’s electricity sector carbon free by 2045-2050. More states have pledged to meet similar goals through executive orders and regulatory frameworks, most recently New Jersey, Minnesota, and Wisconsin. To date, 25 governors have signed on to the US Climate Alliance, pledging to reduce emissions in line with the goals of the Paris Agreement. 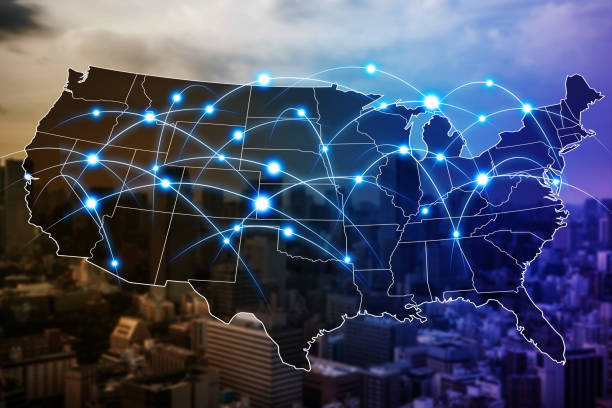 While these goals mean transitioning to clean and renewable energy generation, each of these states will also need a big ramp up in energy efficiency to reach its targets. Energy efficiency reduces loads, cutting the amount (and therefore cost) of renewable energy needed to meet the goals. Efficiency also reduces energy needs on very hot and cold days, helping to aid grid reliability at times when the grid is most stressed. It is clear that states and regions will need to lean heavily on energy efficiency on the road to zero emissions. Many already are.

New Mexico was the third state to pass legislation requiring 100% of the state’s electricity generation to come from renewables, following California and Hawaii. During its 2019 legislative session, New Mexico also passed legislation that will extend its energy efficiency targets and help incentivize utilities to save energy.

Puerto Rico’s 100% renewable energy goal was passed arm-in-arm with a requirement to significantly ramp up energy efficiency in the territory, achieving 30% electricity savings by 2040.

Some states have worked through utilities and regulatory agencies to develop strategies for meeting aggressive clean energy goals in the power sector. In Minnesota, Governor Tim Walz has pushed for a transition to 100% clean electricity while pointing out that utilities are a key partner in this transition. Although the state legislature failed to pass the bill that would make the governor’s goal law, Xcel Energy, which serves more than 1.2 million electric customers and nearly half a million natural gas customers in Minnesota (as well as customers in seven other states), has a goal to be zero-carbon by 2050. The company recently committed to closing the last two coal plants it operates in the state and achieving enough energy efficiency to avoid construction of a new power plant.

Going Beyond the Power Sector

Some states are going beyond the power sector, setting economy-wide clean energy and emissions goals. While states have substantial experience setting mandatory clean energy and efficiency targets for utilities, they are in uncharted territory with economy-wide goals, which will require significantly more work to develop, track, and meet. ACEEE research has identified ways that energy efficiency can cut emissions in half across the economy, and states will need to adopt many of these strategies to meet their ambitious goals.

California passed legislation in 2018 calling for the state’s electric grid to be 100% carbon free by 2045. This builds on prior goals, including a requirement that the state generate 50% of its electricity from renewable resources by 2030 while doubling statewide energy savings. Governor Jerry Brown has also issued an executive order committing the state to economy-wide carbon neutrality by 2045, an effort that will necessitate significant emissions reductions in the transportation sector. California has identified four pillars of decarbonization: shifting toward low-carbon fuels, electrifying buildings and vehicles, reducing other forms of emissions like methane leakage, and a major push for energy efficiency. As one of these key pillars, efficiency factors into every pathway the state might take to meet its aggressive decarbonization goals, according to a 2018 study commissioned by the California Energy Commission.

New York made waves in June with the passage of legislation calling for the state to rely on carbon-free electricity by 2040 and have a net-zero carbon economy by 2050. To help get there, the legislation calls for a 23% increase in energy efficiency. New York will likely need to ramp up efficiency to an even greater level, making major inroads into areas in which deep energy savings have historically been challenging to achieve, such as existing multifamily buildings. New York City is charting the course with the establishment of city-wide building energy performance standards earlier this year, which require large buildings to gradually improve their energy (and emissions) performance starting in 2024.

Other states are also pairing power-sector targets with broad economy-wide emissions reduction goals, getting closer — but not all the way — to zero emissions. In Colorado, a package of legislation codified Xcel Energy’s 100% renewable energy goal for electricity generation while also setting an economy-wide goal to reduce greenhouse gas emissions by 90% by 2050. And in New Jersey, state regulators released a draft Energy Master Plan in June that outlines a strategy for achieving 100% clean energy and 80% emissions reductions from 2006 levels by 2050. The plan highlights the importance of targeting the transportation sector, which accounts for 46% of the state’s emissions, and of ramping up energy efficiency through utility programs, building codes, and appliance standards.

These clean energy goals mean big changes for the way states generate energy. But they also mean big changes in the way we use energy. Getting to zero will require a backbone of deep energy savings in the power sector, reducing costs as more renewables are brought on line and ensuring energy is affordable for everyone. But it will also require looking at effective ways to reduce emissions and reduce energy usage in transportation and industry. States have set ambitious goals, but they now have a long road ahead to reach them.